The “Blues In Motion” Foundation was established to show an ever-expanding, worldwide audience that the Blues is just that, in MOTION…an important part of our musical and cultural past, and a relevant part of the ever-evolving recording, and live entertainment footprint of the future. Blues music has had more influence on today’s music than any other musical genre. We advocate for the rightful place of Blues music, and the Blues as an art form in U.S., and world culture. 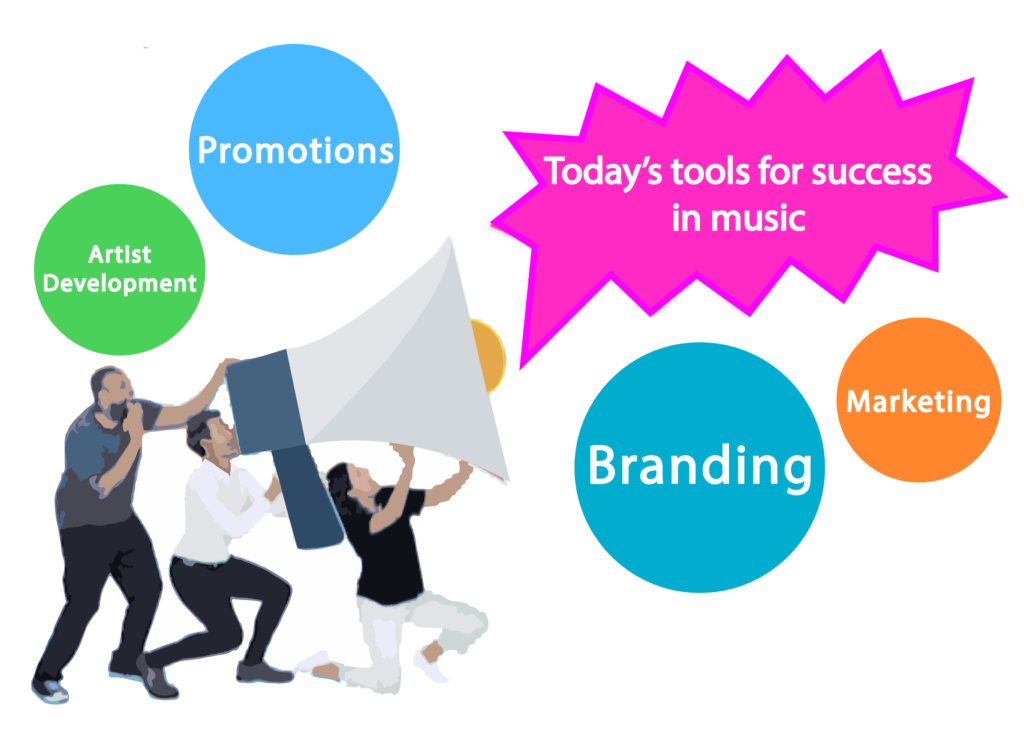 To work in partnership with Blues Artists helping them successfully navigate their career in today’s fast and ever changing music industry. We work to ensure everyone gains a deep understanding and appreciation for the culture that comes with the “Blues” art form.
We provide Artists with education, information, and support on the latest technologies to assist in career development, while also providing a 24/7 worldwide television network platform (via BluesTN.com) in which to promote artist music, video, etc. We strive to ensure Blues artists and patrons gain a deeper understanding and appreciation for the music, and culture that is synonymous with the “Blues”.

The Blues Masks Brigade
0
Masks Made and Donated

As the Covid-19 pandemic tore through communities across America, Blues artists across the country answered the call to help. The “Blues Brigade” worked relentlessly to gather funds and materials to make masks for those in need. To date, 2000 masks have been delivered. We’re immensely proud of the work we’ve accomplished alongside our community

Larry Batiste’s career in the entertainment industry spans over 40 years. He has worked with some of the most successful new, and legendary artists of all time. Batiste, best known for musical directing the GRAMMY Awards and the TEC Awards at NAMM, has a natural talent for understanding and working in all genres of music.
His recording career started with the group Bill Summers & Summers Heat in1979. He co-wrote and produced four albums along with Claytoven Richardson and Bill Summers, including the group’s top ten hit singles, “Call It What You Want”, “Jam The Box”, and “At The Concert”. After a few years of recording and touring with Summer’s Heat, he went on to work with various multi-genre artists including Whitney Houston, Michael Bolton, The Dazz Band, Natalie Cole, Al Jarreau, Patti Austin, The Stylistics, Lenny Williams, Huey Lewis & The News, Ledisi, Mickey Thomas, Pete Townshend, Stevie Wonder, Lalah Hathaway, Young Jeezy, Keyshia Cole, Santana, Yolanda Adams, Trombone Shorty, and Hugh Masakela. As a vocalist, he’s lent his voice to The Magical World of Disney (theme song), NBA Warriors’ Basketball theme, California Raisins (“I Heard It Through The Grapevine”), Wendy’s Restaurants, Sims (Playstation), Leap Frog Education; and the films,The Hunchback of Notre Dame, Stuart Little, Snow Dogs, Rent (contractor), and over 500 recordings and commercials. 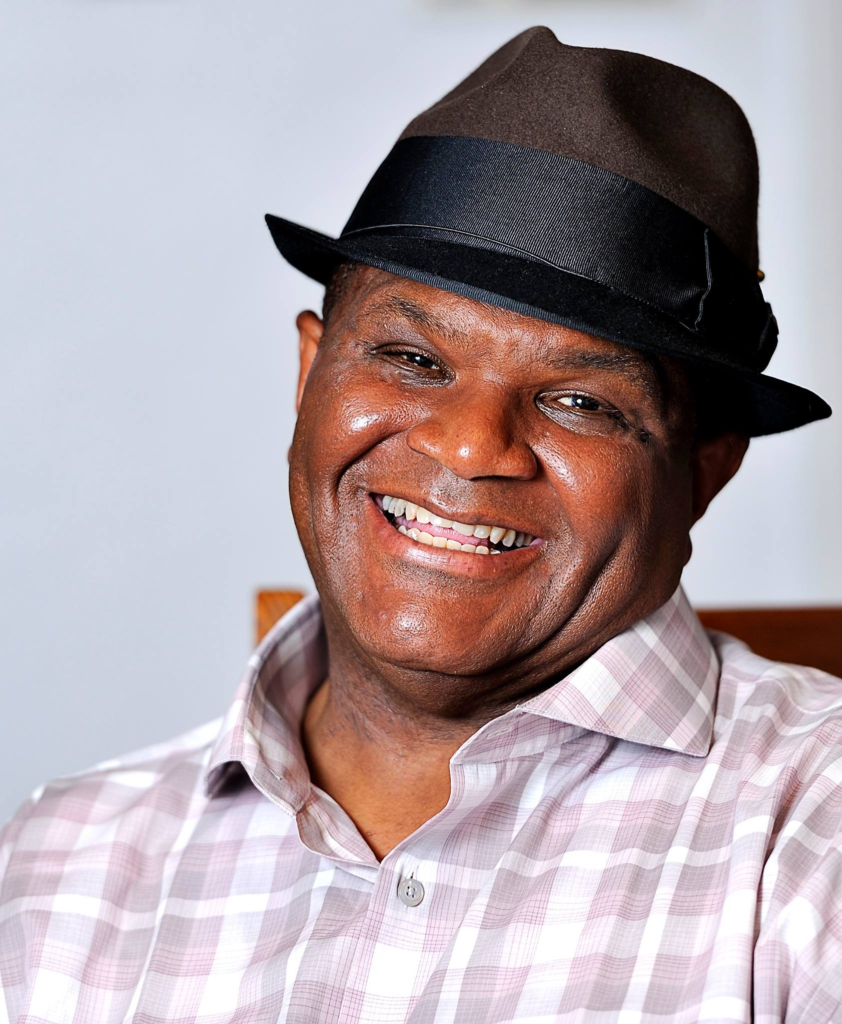 Batiste was commissioned by the Oakland Symphony to compose and orchestrate two compositions for full orchestra and 200 voices, which premiered at Oakland’s Paramount Theater in 2013. He co-produced and arranged horns and strings on Charlie Wilson’s number one Billboard single (16 weeks), “You Are”, which was nominated for a Grammy Award for “R&B Song of The Year” in 2012, and was a performer and vocal arranger on Roberto Fonseca’s Grammy nominated project, “Yo” in 2013. Batiste has been the musical director for the theater productions of “Pajama Game”, “Moms” starring Whoopi Goldberg, and “Jukebox” starring Danny Glover. In addition, he was the vocal arranger for the NFL Commissioner’s Super Bowl 50 Gala. He recently co-wrote and produced 2x Grammy nominated recording artist, John Lee Hooker Jr’s new album, “Testify”, co-wrote songs for the late Wee Willie Walker & The Anthony Paule Soul Orchestra’s upcoming release, and is writing a book entitled “The Art & Business of Songwriting” for Oxford University Press due in the Fall of 2021.

“I want to make life better for youth and creators of music” says Batiste, 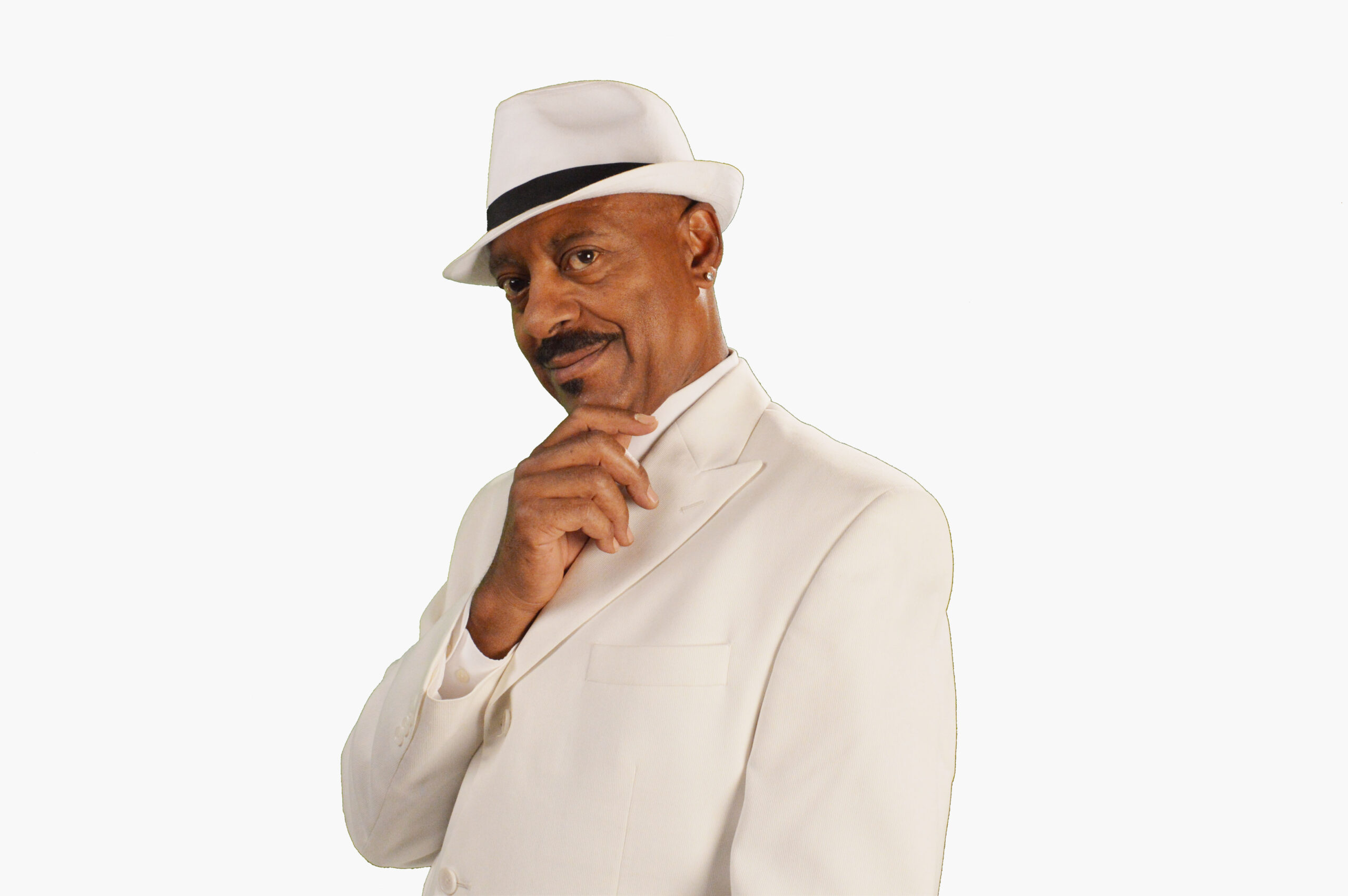 Greg has worked with Young Community Developers Inc in San
Francisco, in various capacities, including Area Supervisor, Job Developer, and Employment Specialist. Responsibilities included interview training and preparation, resume writing, and proposal writing. Received company award for outstanding achievement. Other non-profit experience include working with the Bayview Opera House, and serving on the board of 4 Visions Productions.

Richard MacLaury is a retired chef, former small business owner and presently president of The Golden Gate Blues Society, a non-profit California corporation 501 (c) 3. He characterizes himself as the enthusiastic contributor and enjoys fulfilling his mission to support blues musicians of the Bay Area. His education includes community college, recording arts, and professional culinary training.
Choosing food service, Richard has owned Flavors Catering, vending to grocery stores, weddings, parties, corporate events, institutions, recording studios, and private clients with a list that includes Linda Ronstadt, Keith Richards, Booker T, Huey Lewis, Pearl Jam, Dolly Parton, Mariachi Varga and many more. He continued his career assisting other caterers, wineries, event planners and wedding specialists and finally pioneering a vegan food delivery program.
Upon retirement Richard volunteered for TGGBS, coordinating the International Blues Challenge regional competitions, fundraising for their expenses, creating and directing several programs including The Second-Sunday Blues Jams at The World-Famous Turf Club in Hayward, CA, personally raising and distributing over $70,000 in the past few years. In 2019 He was elected President, later spearheading a blues music production program that broadcasts on the internet in response to the Covid-19 lockdown. 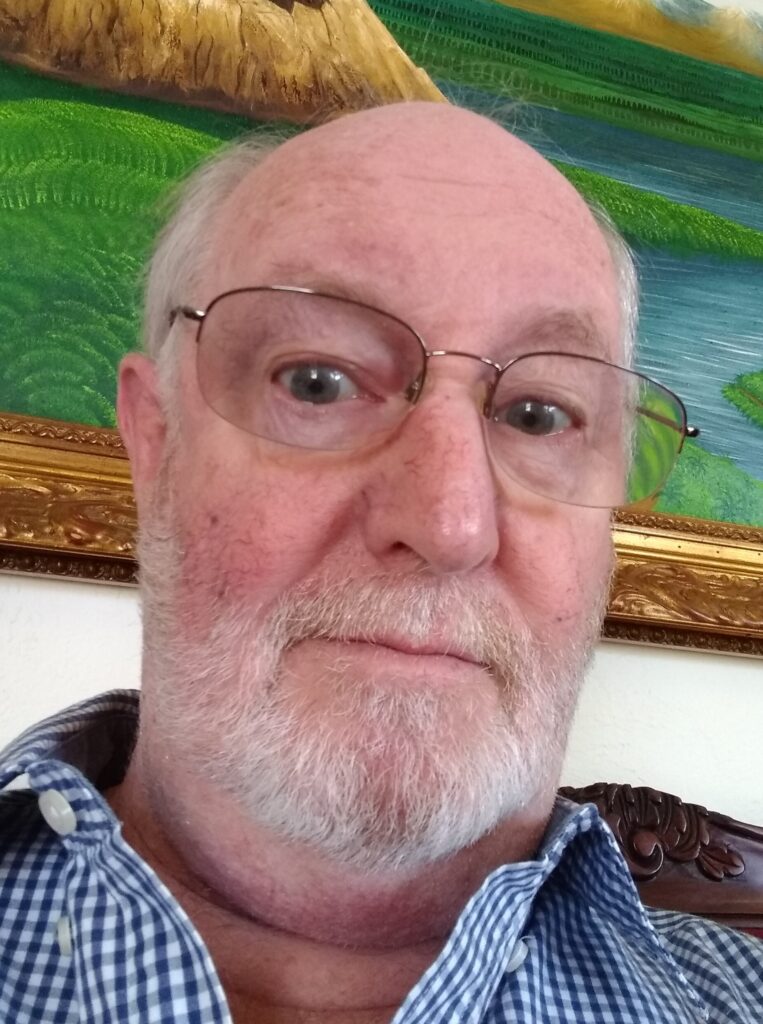 Richard has learned the importance of honesty, dependability, strong work ethics, transparency and non-judgmental inclusion, vital to the success of businesses and organizations. He is dedicated to developing, educating and promoting authentic blues acts living in northern California. He presently resides in Castro Valley CA with his beloved wife. 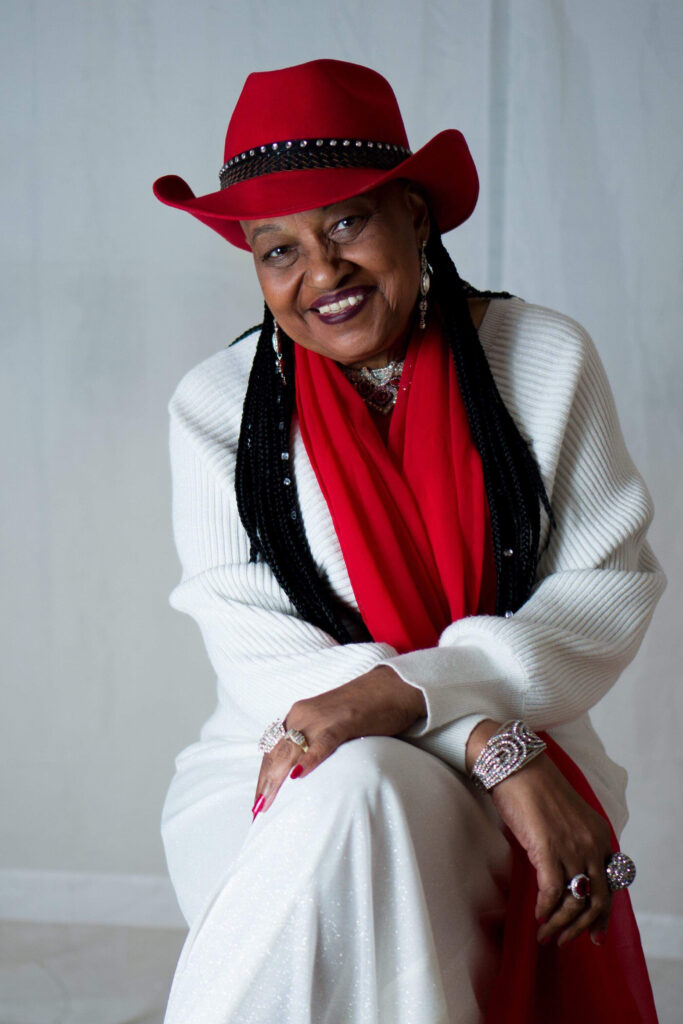 Contemporary Blues Artist – Commercial Real Estate – Entrepreneur
Ms. Collins is an award winning Contemporary Blues artist who has been performing in the Bay Area for 20+ years. She has built a stellar reputation as a big band contemporary Blues artist with her incredible band The Taylor P Collins Band. She is also an Ambassador with the Hayward Chamber of Commerce in Hayward, Ca and enjoys doing community service with the Chamber. Taylor has earned the Ambassador of the Year award for the last 6 consecutive years as a result of her work with the Chamber.
As a member of Selaro RED Group, Taylor heads up the business development arm of Selaro which does panelized construction and provides affordable housing options in the Bay Area and Sacramento and its surrounding areas. Prior to Selaro, Taylor was the West Coast Operations Manager for The Avista Group of Keller Williams for 3yrs and won the BayEast Presidents Club Award for sales. Taylor has also served on the board of Griot Soul Films based in Oakland. Founded by Darice Jones, Griot Soul Films is an allvolunteer organization that helps community members produce complex literary and historical film images of African descendants. They also created a Black Film Library in Oakland.
Taylor is looking forward to getting back to performing with her band and finishing up her new CD “Strong Confident Woman”. She is very excited to serve on the Board of the Blues In Motion Foundation and sharing new and diverse ideas not only for the Blues community but the community as a whole. Taylor has been working with Ms. EC Scott since 2009 and knows that Ms. Scott is
very passionate about the Blues and that she will be a positive force in bringing much needed groundbreaking change to our genre. I am very proud to be a part of this extraordinary organization and the journey we are about to share.

A 25-year media vet, Monica began her career as an intern at Rock station KFMF while still a student at Chico State. After becoming Research Director there, she moved to sales and continuity at local Lite Rock/Newstalk KPAY AM/FM. Through a cold-call, turned interview – Monica secured a position at CBS Radio in San Francisco and spent the next few years at KRQR and KLLC FM.
After working closely with a number of Bay Area Radio Hall of Famers – she was invited to join the team at Ben Manilla Productions, creator of the House of Blues Radio Hour. In her 10 years with BMP, Monica rose from assistant, eventually becoming General Manager at BMP.
Monica has coordinated projects such as: 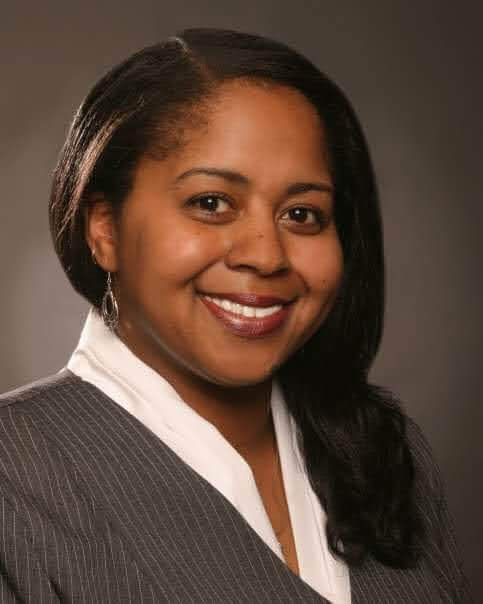 markets, like House of Blues Radio, Live from the House of Blues, Putumayo World Music Hour, and Pazz & Jops from America.
She was honored to accept the Keeping The Blues Alive award on behalf of the BMP Team at the Blues Music Awards in 2003.